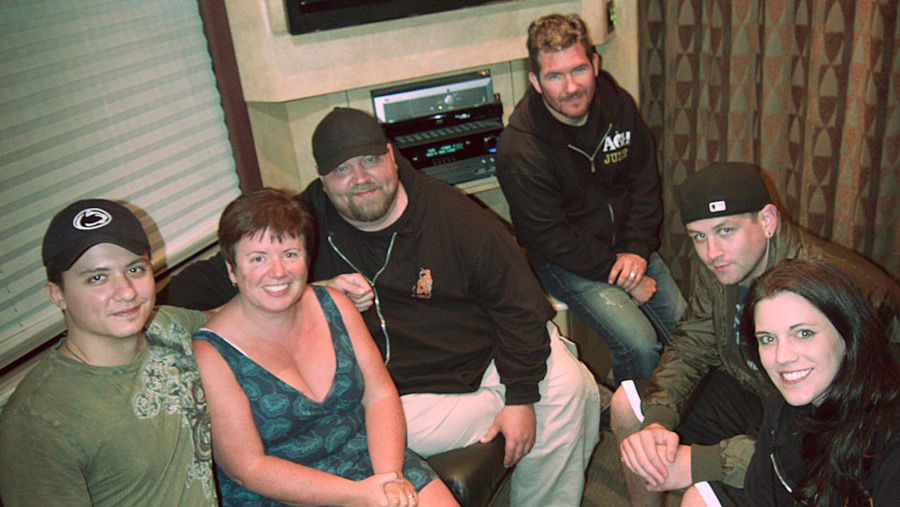 I just want to say this, if you have an opportunity to see American Ghost Hunter — The Movie while it is traveling the US and presented by Chad Calek and Ryan Buell (And Sergy too!), DO IT! Pay for as much as you can afford, in fact, pay until it hurts just a little bit. These guys are awesome and if you are a Paranormal State fan, or a fan of independent movie making this is something you need to do. Have I made myself clear, this is a MUST DO adventure for YOU!

I will now put down my bullhorn and continue. Did I mention that I got to meet, shake hands get hugs and chat with a few of the coolest people on television? I got lucky, they came to Eugene Oregon and the tickets weren’t sold out, not even close actually, and it wasn’t a rock concert. I appreciate that the night before they were in San Francisco surrounded by a sold out crowd and the following night (after ours) they are in Seattle to another sold out crowd, but they treated everyone who showed up to view the movie and ask questions with respect and the attention that any fan craves of their celebrities. Before, during and after the screening they answered questions, and made themselves completely available to us. It was pretty awesome.

American Ghost Hunter (AGH) is more than a movie, more than a documentary. It is Chad’s personal journey, raw and unflinching. He has put his heart on the table to the world hoping to not have it stomped on. There will be people who won’t want to acknowledge what he has to say, and will throw some negative energy his way; but he needs to know that there are way more people who will surround him with their belief and own experiences to deflect it.

AGH is many things, like Chad said during the movie debrief, it is many layers upon layers. I know that this will not be the only time I watch it because to comprehend the entire thing in one viewing isn’t possible. It is Chad’s story, it is Chad’s journey, it is about learning to trust another person completely and also about learning to trust yourself. It is about moving forward and coming to terms with the past. All I can say is that the veil between the realities is very thin in this movie and we get a brief glance across the fringe.

I’m not going to say it was just another episode of Paranormal States (because it isn’t) but for all of you die hard Paranormal States fans out there who may read this, it is finally the episode of Paranormal States that we have all been craving since the very beginning. Being able to tell the story their own way without the networks making decisions and showing raw real emotions…that’s what it’s about. 22 minutes (yes, that’s all there is in a 30 minute show) isn’t enough to even scratch the surface most of the time, last night was very satisfying, if you know what I mean.

AGH, I suspect there is an entire other documentary lurking in the shadows, behind AGH there is AGH2. It’s like looking behind the curtain at the Wizard, like the ultimate ride at Disney, the behind the scenes tour. It would only be adding the third dimension to the original, exploring the next level in indie films.

Unlike other reviews I have read, I cannot suggest that everyone see this movie. It isn’t for everyone. I know that people approach the world in different ways and sometimes it does not allow for something that they do not understand. I would like to say, though, that I feel a bit sorry for people who cannot open their minds to something different, and if you have a chance to and are willing to have an open mind, you should be part of this event.

One last thing, I have tried to be as vague about the movie as I can. I think it is important to know as little about it as possible before you see it. If somebody posts spoilers out there, don’t read or watch them. If somebody is hating on Chad, ignore it. And if you have gotten this far and are hating on me for what I have written, well…all I can say is sticks & stones.